13 Ways Easter is Celebrated Around the World 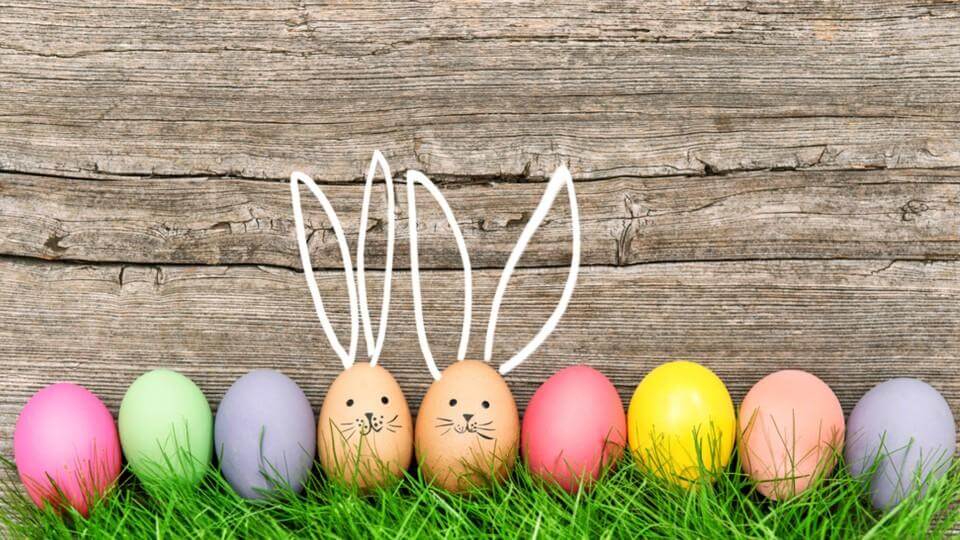 Can you believe Easter is almost upon us? Where has the beginning of 2019 gone, didn’t we just have Christmas?!

With only a month until Easter Sunday, we can already hear the chants of “what do we want? Chocolate! when do we want it, now!”

All around Australia kids are getting excited about Easter Egg hunts, participating in their schools Easter bonnet parade or attending the Sydney Royal Easter Show.

For us Aussies, Easter is also the first school holidays since the Christmas break and a time we like to travel and getaway over the long weekend with our families and enjoy the last warm days before winter arrives.

While this may be the norm in Australia, Easter is celebrated around the world in a surprising variety of ways, with traditions different from country to country according to their ethnic and cultural origins.

“Sprinkling” is a popular Hungarian Easter Monday tradition, in which boys playfully sprinkle perfume, cologne or water over a young woman’s head, and ask for a kiss.

People used to believe that water had a cleaning, healing and fertility-inducing effect.

In the town of Haux, a giant omelette made with 4,500 eggs that feeds 1,000 people is served up in the town’s main square. The story goes, when Napoleon and his army were traveling through the south of France, they stopped in a small town and ate omelettes.

Napoleon liked his so much that he ordered the townspeople to gather their eggs and make a giant omelette for his army the next day.

Besides being crazy football fans, there’s a crazy tradition of creating straw dolls to represent Judas (the apostle known for betraying Christ) and hanging them in the streets and beating them up. And many times politicians involved in scandals become Judas.

But, it’s not all aggression, and on Easter Saturday, called ‘Sábado de Aleluia,’ inspires mini versions of Carnaval in many small towns to celebrate the end of Lent.

One of the biggest Easter celebrations takes place in Seville, where 52 different religious brotherhoods parade through the streets manifesting the crucifixion, with thousands watching the daily processions of marching bands and decorated candle lit floats heaving with Baroque statues illustrating the Easter story.

Easter in Sweden sounds a lot like Halloween to me, with the children dressing up as Easter witches wearing long skirts, colourful headscarves and painted red cheeks, and go from home to home in their neighbourhoods trading paintings and drawings in the hope of receiving sweets.

The traditional of “Pot Throwing” takes place on the morning of Holy Saturday. People throw pots, pans and other earthenware out of their windows, smashing them on the street.

Some say the custom of throwing of pots welcomes spring, symbolizing the new crops that will be gathered in new pots. Others say it derives from the Venetians, who on New Year’s Day used to throw out all of their old items.

There are around seven million Catholics in Indonesia, Christianity was brought here by Portuguese missionaries, and statues from this time are carried through the streets.

Young men consider it an honour to be chosen to play Jesus and be tied to the cross in various locations.

On Easter Monday there’s a tradition in which men spank women with handmade whips made of willow and decorated with ribbons. According to legend, the willow is the first tree to bloom in the spring, so the branches are supposed to transfer the tree’s vitality and fertility to the women.

This is meant to be playful spanking all in good fun and not to cause pain.

A huge, decorated wagon is dragged through the streets by white oxen until it reaches the cathedral, and when Gloria is sung inside the cathedral Archbishop sends a dove-shaped rocket into the cart, igniting a large fireworks display.

Called Scoppio del Carro (explosion of the cart), this is followed by a parade in medieval costumes.

The tradition is said to have begun when a local teacher from the British Army had difficulty explaining Christ’s ascension to Heaven to his Sunday school class. He made a kite, traditionally shaped like a cross, to illustrate the Ascension.

Here people don’t hide their eggs — they have egg fights – and whoever comes out of the game with an unbroken egg is the winner and assumed to be the most successful member of the family in the coming year.

In another tradition, the oldest woman in the family rubs the faces of the children with the first red egg she has coloured, symbolizing her wish that they have rosy cheeks, health and strength.

Whilst in many countries Easter eggs are hidden and children hunt for them, in Germany Easter eggs are displayed on trees and prominently in streets, with some of the trees having thousands of multi colour eggs hanging on them.

And of course, in the United States, the President hosts the annual Easter Egg Roll on the White House lawn on Easter Monday.

The tradition, believed to date back to the early 19th century, involves children rolling a coloured hard-boiled egg with a large serving spoon.

Whether you’re bringing the whole family or simply stealing away on a trip for two, there’s still time to hatch a plan for the perfect weekend away so hop to it! All of Sydney’s iconic attractions are open, including the Sydney Opera House, Taronga Zoo and Sea Life Sydney Aquarium. Whatever tickles your fancy, Sydney has something to offer.